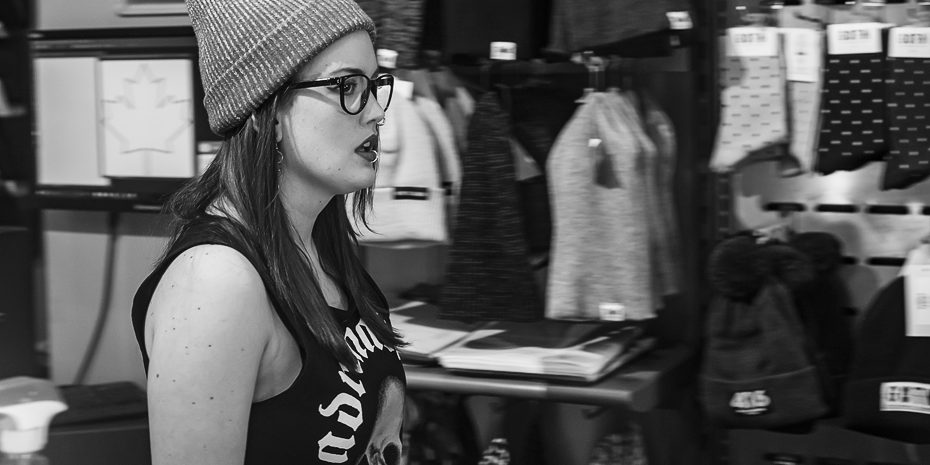 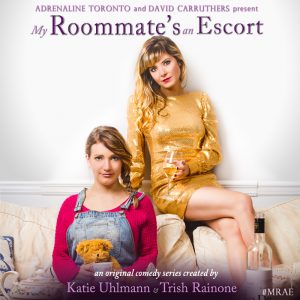 Lost21Losers knows how hard it is to get the word out on new projects and to get funding for these projects. We want to help others in the same boat, who have intriguing stories to tell! So we started a new Indie Showcase section! We will be interviewing different producers, directors, and actors about their upcoming indie projects and sharing them with you! I hope you enjoy this series!

Our first selection has woman power all over it! We of course support strong women!! We were excited to talk to Stephanie Baird who is the producer for My Roommates an Escort. When I watched the trailer, the story had me intrigued. Stephanie was gracious enough to answer some of our questions!

L21L: What inspired you to do My Roommate’s an Escort?

SB: Katie Uhlmann and I had worked together a couple times in the past. Katie starred in a short I produced called Politics (2016) and she did an amazing job in a guest role on the web series “IRL the Series”. I already knew that I liked working with Katie, so when I heard about her new project with Trish Rainone I was already interested!

After I had seen the prequel and heard the story behind MRAE I became very interested. I loved that two strong, outgoing women were going after what they wanted for their careers and creating real roles for themselves.
These two were 100% in control from the beginning! They wrote the script, raised the money, directed the series and acted their own starring roles. As a result anything that you will see in the series is their story that they built from the ground up – I really respected that. The series itself focuses on the relationship and conflict between these two female roommates – which you don’t see a lot of in mainstream television.

L21L: I see that it is a webisode series, do you have an idea of where you would like it to end up?

SB: The vague answer is simply: in front of people! Our current plan is to launch it online this spring. However, the end goal for MRAE is to pitch the show as a 30 minute television series with broadcasting on Netflix or on a major television network.

L21L: What type of budget did you have?

SB: Katie and Trish worked their butts off in their crowdfunding campaign which raised over $25,000. Compared to mainstream network series, it doesn’t seem like much – but through careful planning and extreme generosity from our veteran teammates (David Carruthers and Russ Goozee), Adrenaline Tattoos, our amazing group of cast and crew, ACTRA Toronto and our product sponsors (Casa Dea Wines, Canadian Technical Solutions, Narces, and so many more) we were able to produce MRAE with exceptional production value given our budget!

L21L: How many episodes are planned and or written?

SB: We’ve actually just announced picture lock on 11 five-minute episodes for season one of My Roommate’s an Escort!

L21L: What is your favorite part of the process? Filming, writing, producing?

SB: This this actually a really hard question for me to answer… I love all of it, but at the end of the day I love directing. I love collaborating with other people and pulling the best out of each other.

L21L: Did you ever face adversity growing up, and if so what are some ways that you overcame?

SB: I experienced a lot of people telling me I couldn’t do things “because you’re a girl.” I’m not necessarily talking other children – I mean grown adults, implied or straight-out telling me that was inferior to the boys my age. I spend a lot of my time trying to prove to people around me that I was smart enough, strong enough and driven enough to play on the same playing field as the boys my age.

I noticed very early on in life that life was different for girls than it was for boys. One of the first instances I remember was in girl guides. I was so incredibly bored sitting in the same room doing the same arts and crafts week after week, that I asked my mom if I could join boy scouts with my brother. At the time, there were no girls in the local boy scouts group. The idea of making it a co-ed program was only in the beginning stages, but the group welcomed me with open arms. I became one of the first girls to be in the Cubs Program in Ontario, and then Scouts after that. After a few years, 1 or 2 more girls made the switch from girl guides to boy scouts (that made the sleeping part less lonely, since of course I couldn’t sleep in the tents with boys.) It is something that I am super proud about today, and I never thought about the impact at the time. I was doing what I wanted to do – learning to survive outdoors in the winter, tie knots and build rope bridges, and then I did ballet and musicals on the weekends – because I wanted to. I never lost sight of who I was, despite those around me telling me what I should or shouldn’t be doing as a girl.

L21L: As many independent artists see, we get a lot of negative remarks and people saying “You can’t do that.” What things do you do that keep you going?

SB: It’s not that often in the past few years that I’ve felt like quitting or that I couldn’t succeed. I’ve been very fortunate with the opportunities that have presented themselves to me recently (and hoping they keep coming haha!) But there have been times in the not so distant past where I felt lost and wondered if I’m cut out for this. Part of it is having a support team that will remind you that you’re awesome when work is slow. Another thing that helps is to think about where I was 5 years ago versus today. If I can accomplish as much as I have in the last 5 years in the next 5 years, and then 5 years after that – the momentum is boundless!

The best advice I can give to people who feel lost or are just starting out is: don’t wait for someone else’s permission to earn your place in this industry. If you’re sitting around waiting to be discovered, that only happens in a very small percentage of cases. Write, direct, produce – join groups, classes, networks – find other people who have the same goals as you and leverage each other’s talent. Make partnerships, find mentors, and most importantly, work hard and be reliable. The chance of you making it in this industry by riding on the waves of other people’s successes is minimal. They will keep improving and moving forward and you will stay the same – and you will get left behind.

L21L: Who are some of your influences?

SB: I really look up to Sarah Polley. I respect her career as an actor, director, writer and producer. Sarah Polley seems to be drawn to create art that she really believes in and I think deep down that’s what we all aspire to do.

Thank you Stephanie Baird and MRAE! We appreciate your time and are looking forward to watching!