I have just had the pleasure of heading the re-design for the website of The Market feature film. About the Market The Market is a gangster movie about 4 Wall Street bond traders who crash the market on purpose to make $12.6 billion. Based on the hit play by Bobby Del Rio, the feature film […] 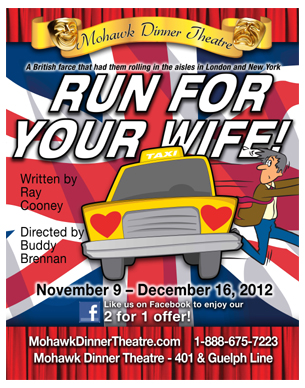 RUN FOR YOUR WIFE By Ray Cooney November 9, 2012 – December 16, 2012 This superb example of the British farce had them rolling in the aisles in London and New York. A taxi driver gets away with having two wives in different areas of London because of his irregular working schedule. Complication is piled […] 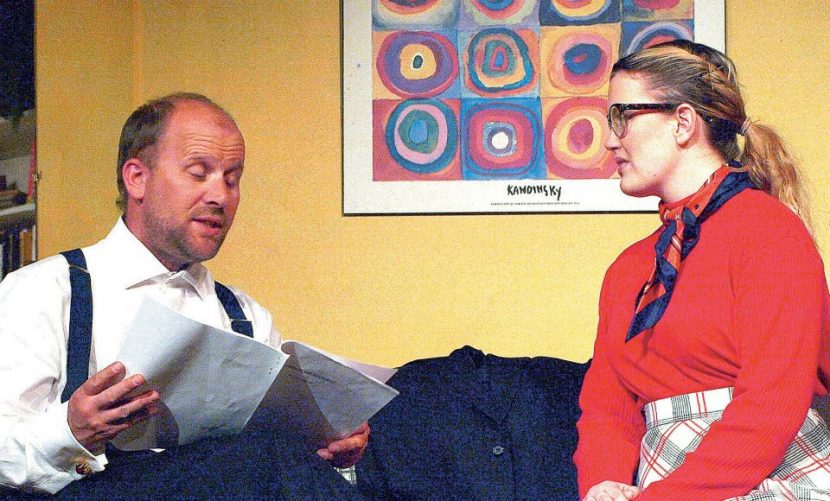 Stephanie Baird admirably presents Phoebe Craddock as the naïve Vermont school teacher who Carmichael takes under his wing as a writing partner. As Phoebe rises to prominence as a writer, Ms. Baird injects the proper maturity into her performance, while being mindful to bring across the basic goodness that prevents success from going to Phoebe’s head.

An indication that a performance has succeeded is when audience members have questions about the characters’ innate motivations.

Ms. Baird left this reviewer asking: Is this the true, unconditional love where Phoebe is willing to accept Jason’s many personality flaws, or is she a romantic basket case hopelessly addicted to the man’s fame and brilliance?